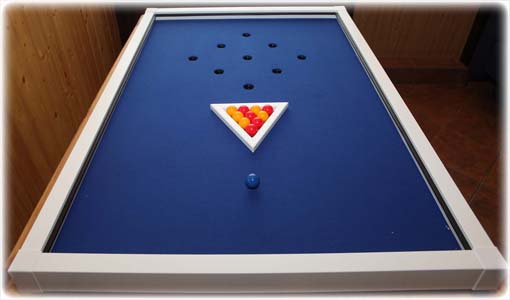 One player plays with five yellow balls and the other with five red balls. The blue ball is the cue ball, whereas in YAGO-POOL no cues but the fingers are used to play the cue ball. 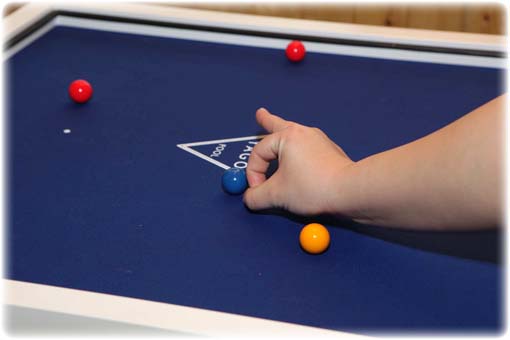 It is allowed to use own balls as a deviation target in every phase of the game.

At the beginning of the game , the colours are not assigned to one player. It is only when the first ball is potted that the assignment of the colour is defined.

To win the game, the payer needs either POT ALL FIVE BALLS in any of the nine pots or,

as is illustrated in figure 1, pot three balls in one row side by side(diagonally, vertically or horizontally). Both alternatives score 1 point. 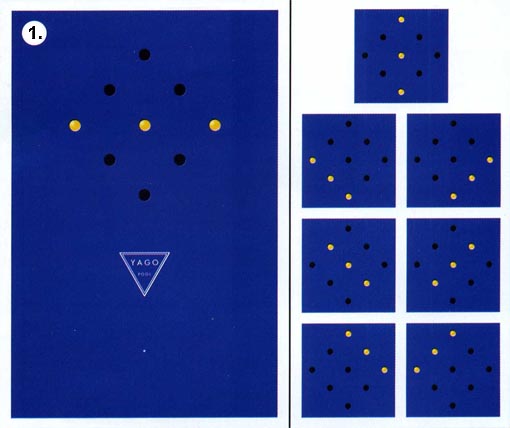 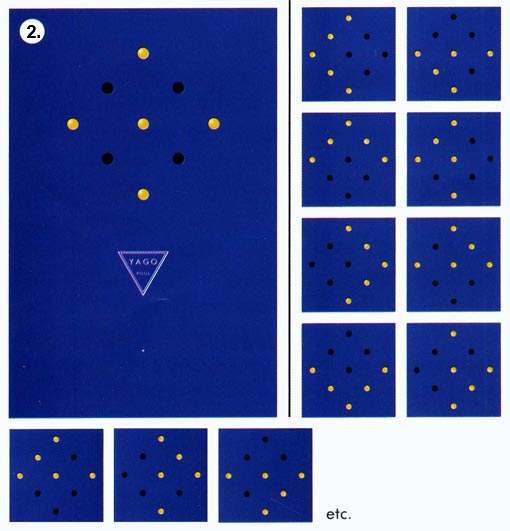